5 of the Best Pantomimes of 2016 in Yorkshire 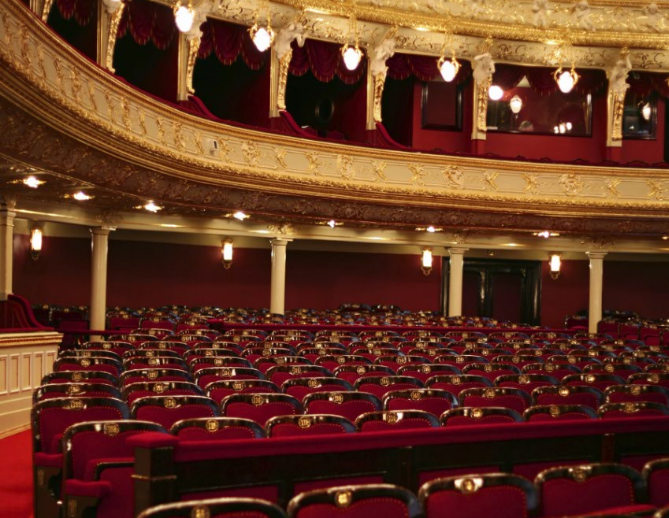 A staple of every Christmas celebration in this country is the panto. Kids and adults alike love a good panto, and with celebrities claiming many of the top spots, you can be sure to be in for a treat. But with a panto on in nearly every theatre throughout the county, how can you know where the best ones are? Here are just a few of the exciting pantomimes on this Christmas period in Yorkshire.

The first of two productions of Snow White on this list, this one in Sheffield stars Wendi Peters, better known to some as Cilla from Coronation Street, Phil Gallagher of CBeebies’ Mister Maker and Sheffield’s legendary Damian Williams, who’ll take up the role of the dame once more. Written by Paul Hendy and produced by Evolution, this production of Snow White seems set to match or even surpass last year’s Aladdin.

Following the rip roaring success of last year’s rock and roll panto Robin Hood & the Babes in the Wood, get ready to experience Sleeping Beauty in its full rocking glory. With a cast full of actor-musicians who switch between their characters and playing with the band in the blink of an eye, all the family will enjoy this hilarious, fast-paced panto. Expect classic songs from Stevie Wonder, Marvin Gaye, The Eagles, Cher and Whitney Houston; get lost in the memories and join the singalong!

Veteran pantomime producer Paul Holman returns with a dazzling production of Cinderella to warm your heart this Christmas. Charming the stunning Cinderella will be Britain’s Got Talent star Jai McDowall, winner of the 2011 series. Holman said he was ‘thrilled to have Jai joining Leeds panto legend Jez Edwards in what is already shaping up to be a stellar cast of sensational talent.’

The White Rose Theatre sits on the grounds of the former Tetley Brewery in Leeds, and this year it is host to the star-studded family pantomime production of Snow White and the Seven Dwarfs. Geordie Shore’s Scotty T takes on the Prince’s mantle, while Louis Emerick of Benidorm and Last of the Summer Wine fame is the Royal Tax Collector. Hollyoaks and Coronation Street star Tupele Dorgu is the Wicked Queen.

What’s more, special guest star Jimmy Cricket will appear as the Court Jester, and you may even spot Zippy and George from Rainbow, too! So what are you waiting for? Book your tickets today.

The biggest panto this year in the Yorkshire region, the Grand Opera House’s Aladdin stars Suzanne Shaw from the Popstars band Hear’Say as the beautiful Princess Jasmine and Paul Sinha of ITV’s The Chase as the evil wizard Abanazar.

Other celebs to grace the panto stage here include Frazer Hines of Emmerdale and Doctor Who fame, Debbie McGee, Carl Tracey and Stuart Wade. Certainly, if you’re looking to go big for your panto experience this year, Aladdin in York is where you need to be heading.

Wyatt Coaches offer quality coach and minibus hire with experienced and qualified drivers at a great value for travel all around the UK. We also specialise in days out for the perfect getaways. For more information on our services and to get a quote on a trip, our friendly team are on hand to make sure you get where you’re going. Contact us today.