Marmalade Festival: what it is and where to go 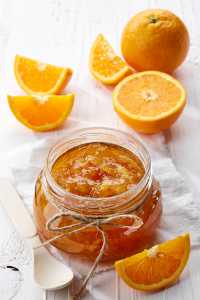 The Marmalade Awards and Festival have been running each year at Dalemain Mansion for a decade now, all in celebration of the nation’s favourite preserve. A distinctly British event, The Marmalade Festival is packed with demonstrations, talks, exhibitions and shows for all to enjoy, and of course – lots of marmalade tasting! If this sounds like your cup of tea, read on to find out more!

Dalemain Mansion is an integral part of the Marmalade Awards, and has been since its inception. This year, the awards ceremony will take place on March 17th at 10:00 AM, where one industrious marmalade maker will be crowned ‘Double Gold 2018 Winner’ (which you will be able to taste – of course).

On the day, Dalemain will be transformed into a marmalade maze. In the state rooms, there will be a full display of all the entries put forward by Britain’s marmalade makers and enthusiasts. In the great barn, however, hundreds of different artisan jars from all over the world will be available to taste. So, what can we expect from the festival?

If you want to stretch your legs, Dalemain’s Historic Gardens will be open too! (Another thing which us Brits do exceptionally well.)

To celebrate the beginning of the festival’s second decade, Dalemain is collaborating with Penrith town centre and Rheged to take the marmalade celebrations even further – the perfect family day out!

There will be food stalls, markets, music, dancing and everyone’s favourite marmalade mascot: Paddington. Even Karen Jankel, daughter of Paddington’s creator, Michael Bond, will be on hand to tell the story of why Paddington enjoys marmalade so much, while Ivan Day will present a potted history of Lakeland marmalade-making.

For children looking for something a little more thrilling, St Andrews Church is providing a teddy-themed zip wire from the top of the church tower!

If you’re looking for more activities to pad out your weekend, there will be plenty going on in Penrith.

The Rheged centre will be holding their Cumbria Life Home & Garden Show, exhibiting top-quality interior and garden designs from across Cumbria and the north. The show itself is curated by interior designer Maureen Whitemore of Whitemore and Thwaytes and garden designer Liz Newport, founder of Buzy Lizzie Garden Design. The show promises to be a spectacular display of all that’s great about Cumbria – indoors and out – and would be the perfect way to round off your trip.

If you’re thinking of making the trip to Cumbria for The Marmalade Festival, Wyatt Coaches are here to help! We offer quality coach and minibus hire with experienced and qualified drivers, all around the UK. For more information on our services and to get a quote on a trip, our friendly team are on hand to make sure you get where you’re going. Contact us today.