St. Patrick’s in the UK: What Is It and Why Do We Celebrate it? 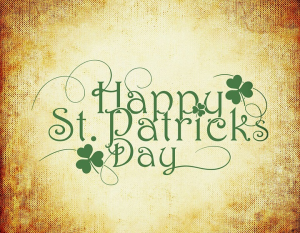 St. Patrick’s Day: for some – an excuse to have a few drinks; for others – a celebration of Irish heritage.  However, there’s still a large number of the British public who seem baffled by the idea of St. Patrick’s Day.

In light of this, Wyatt Coaches will be looking at St. Patrick’s Day in more detail, providing information on why people celebrate it, how they celebrate it and some of the best cities  around the UK in which to celebrate this beloved day.

Who is St. Patrick?

On March 17th, people all over the UK put on their greenest gear in celebration of St. Patrick’s Day. At pubs and homes alike, traditional Irish food and drink is served to friends and families, as well as bright green beer and clover-shaped cookies. This is all well and good, but who is St. Patrick?

Born in AD 387 in Britain, then part of the Roman Empire, St. Patrick was certainly not Irish by birth. However, as a teenager, he was captured by Irish raiders and taken to Ireland, where he was enslaved for six years. Although he was kept their against his will, St. Patrick grew to admire Ireland and its culture, vowing to return one day after his escape.

Upon his return, he would study at monasteries all over the continent and was eventually ordained a bishop, around which time Pope Celestine I commissioned him to be an apostle to Ireland. Patrick spent his time in Ireland removing the old religions of the Druids and the Pagans and establishing Catholicism throughout. Thousands of people joined the Catholic Church under his direction, a feat which he accomplished in under 30 years.

How is St. Patrick’s Day celebrated?

Different groups may have their own unique ways of celebrating this day, however, there are some elements which are common to all celebrations, for example, food. Here’s a list of some of the traditional Irish food and drink enjoyed on St. Patrick’s Day:

However, although food is important, St. Patrick’s Day is widely recognised as a time to celebrate with friends and families at parties, parades and local pubs all over the UK. Throngs of cheery, green-clad revellers can be seen on the streets and in bars, all to recognise the passionate and friendly spirit of the Irish.

So, now you know what St. Patrick’s Day is, where should you go? Here’s a three of the most exciting events:

Wyatt Coaches offer comfortable and reliable mini bus coaches for hire. Our professional, friendly and experienced drivers can transport groups across the UK from our base in South Yorkshire. We are an ideal transport choice for days out, facilitating your enjoyment of the day from start to finish with our easy, stress-free service. If you would like to hire a vehicle for airport runs, day trips, corporate hire or more, please don’t hesitate to get in touch today.